The native shape of the laser beam is generally circular with a Gaussian intensity profile.  Manufacturers are now demanding the ability to transform the intensity profile and shape to be compatible with a new generation of advanced manufacturing applications that require much higher precision and control. This has created the need for new beam shaper optics, which can modify the intensity profile and transform the shape of the beam.  PowerPhotonic’s unique laser micro-machining fabrication technology is an ideal foundation to create arbitrary optical surfaces for beam shaping of high power laser beams.

Generically, a beamshaper works by modifying the far-field intensity distribution of the laser to match the application requirement; and the focussing lens images this far-field distribution on to the process plane: 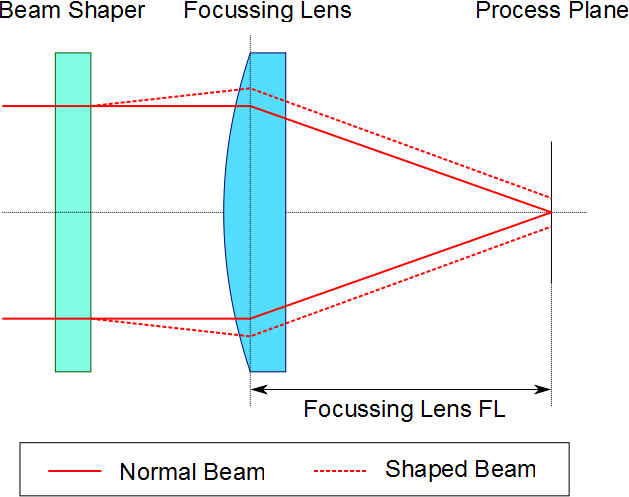 This allows the PowerPhotonic refractive beamshapers to be nearly “plug and play” optics that can easily and effectively give a laser system a boost in efficiency and production quality. The type of beamshaper used in any given laser system depends on the laser source being used, with the requirement at the process plane determining whether the beamshaper system consists of one optic or more.  PowerPhotonic offer beamshaper solutions for all types of laser source, which are delineated by modal content; the M2 value of a laser gives a good indication of the beamshaper requirements.  These beamshapers are significantly different in both their surface shape and functionality, so it is critically important to match the beamshaper to the requirement for optimal performance. 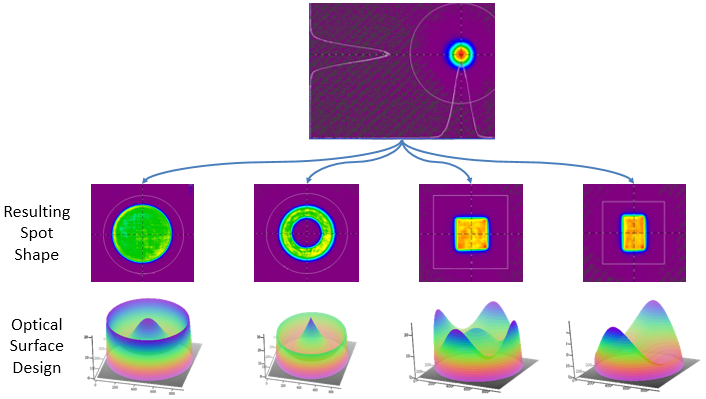